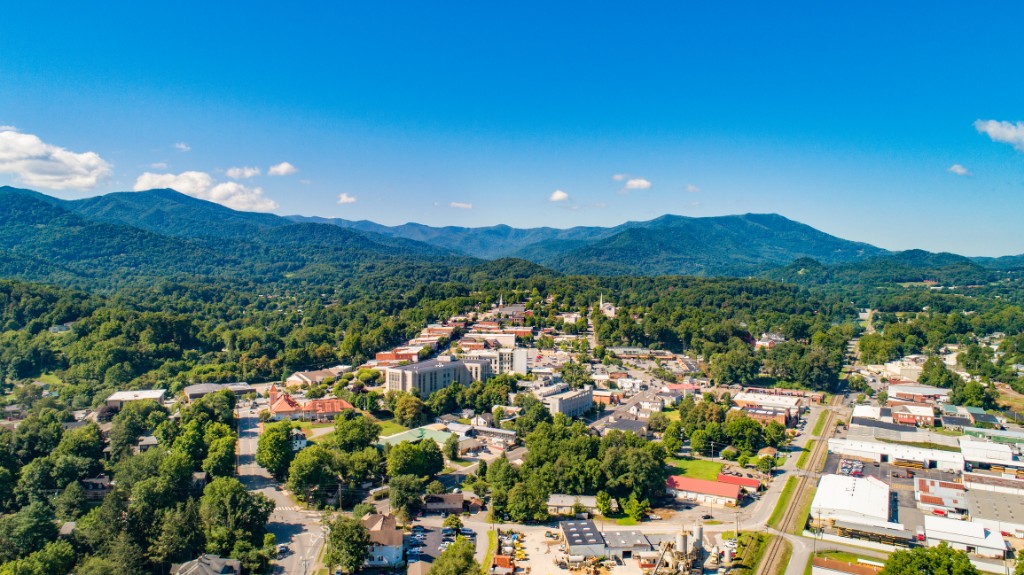 Say “hello” to Waynesville, the largest town in and county seat of Haywood County. Founded in 1809 by Colonel Robert Love, the town was named Waynesville out of respect for Love’s commander during the Revolutionary War, General “Mad” Anthony Wayne. In addition to being a soldier during the Revolutionary War and the town’s founder, Love is known for challenging future-present Andrew Jackson to a duel after winning a horse race through less than honest means.

The town of Waynesville was established around the intersection of Main Street, Church Street, and East Street. In its earliest days, it consisted of nothing more than a courthouse, a jail, three taverns. Though the town was incorporated in 1871, its population at the time was still under 200. It was not until the railroad arrived in 1884 that Waynesville experienced significant growth. This development largely took shape around the area where the rail depot was located: Frog Level. The story behind this neighborhood’s quirky name is that it would regularly flood when the river rose and thus be “frog level.”

By 1900, the population of Waynesville had ballooned to 1,307. Downtown and Frog Level continued to be the major commercial and light industrial districts of Waynesville through the early 20th century, and many of the brick buildings constructed during this era are still standing. The two districts began to see less economic activity as cars and trucks supplanted the railroad during the 1930s and 1940s, and eventually entered a period of decline that lasted for several decades, though it remains the largest town in North Carolina west of Asheville.

Today, it is clear that Downtown and Frog Level are now experiencing a rebirth. Antique stores, coffee shops, breweries, restaurants, and venues for live music are moving into the areas’ historic buildings, while the surrounding residential areas are attracting new families and artists. In addition to being the cultural center for Haywood County, the rugged forests further outside of town offer people an opportunity to return to the land or build their dream home. To the south are the Great Balsam Mountains and to the north is Lake Junaluska and, beyond that, the world-famous Blue Ridge Mountains. To the west is Great Smoky Mountains National Park, which draws over 12 million guests a year and is the country’s most-visited park. In Waynesville, you’re always just a few miles away from some of the region’s best hiking, kayaking, and fishing. If you prefer a scenic drive, the Blue Ridge Parkway is just a few minutes south of downtown.

Waynesville is also ideal for commuters who work in nearby Asheville, since U.S. 23 and U.S. 74 pass through town, while I-40 is also easily accessible, making Asheville no more than 35 minutes away. Meanwhile, the trip from Downtown Waynesville to the Asheville Regional Airport is typically around 40 minutes. Ideally located, surrounded by natural beauty, and in the midst of a resurgence, Waynesville offers visitors and new residents alike the opportunity to experience the best of Western North Carolina.