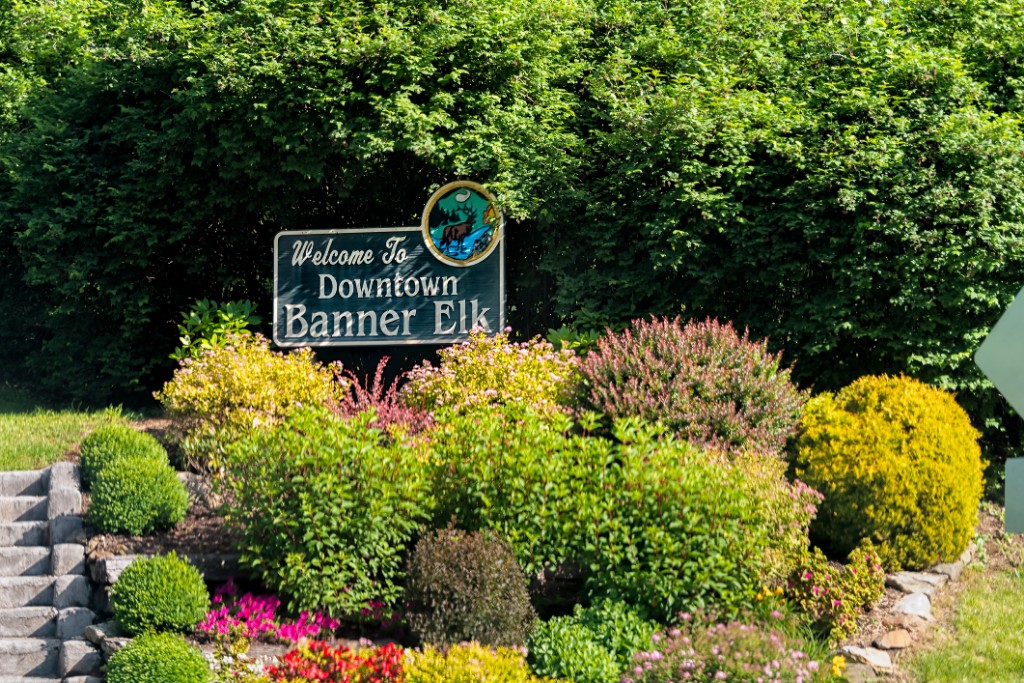 Banner Elk is the largest town in Avery County and sits perched near some of the highest points in the Appalachians. For that reason, the area is known by locals as the High Country. Once part of the vast hunting and fishing grounds of the Cherokee, the landscape continues to be largely rugged and untamed, even if several cafes, restaurants, breweries, and wineries sit just a few minutes’ drive away from Banner Elk’s sole stoplight.

Avery County is the most recently created county in North Carolina—having been formed out of parts of Caldwell, Mitchell, and Watauga counties in 1911—but the history of European settlement in the area dates as far back as 1825, when Delilah Baird and John Holtsclaw settled on 480 acres of land on the Big Bottoms of the Elk River, approximately a mile outside of what is today Banner Elk. The history of the area that would become known as Banner Elk dates back to 1840, when Martin L. Banner first made his way through the valley on his way to Nashville. Amazed by the beauty of the North Carolina mountains, Banner eventually returned to the area with his family in 1845, built a cabin, and established a permanent settlement of Banner’s Elk that was soon home to 55 people with the Banner name. When it was incorporated in 1911, the name was shortened to Banner Elk.

Banner Elk continues to draw in visitors from around the world for many reasons, chief among them being its breathtaking views of the mountains. Grassy Ridge Bald, with a peak 6,165 feet above sea level, is the highest point in Avery County, but there are a dozen mountains in Avery that top out at over a mile above sea level. At 3,510 feet, Avery has the second highest mean elevation for any county east of the Mississippi River (nearby Haywood County has the highest (3597 feet)). It turns out the elevation and crisp mountain air provide ideal growing conditions for Fraser firs, which are commonly used as Christmas trees. In fact, Avery is one of the largest producers of these trees in the country.

The mountains also offer visitors and residents a wealth of outdoor activities. Grandfather Mountain State Park, Linville Gorge Wilderness, numerous waterfalls, the Pisgah National Forest, and the Blue Ridge Parkway are all just a few miles from town, while ski resorts at Sugar Mountain and Beach Mountain are easily accessible even during the dead of winter. Both are open throughout the season and welcome snowboarders and skiers from throughout North Carolina and beyond. Meanwhile, in the summer, thousands flock to the Grandfather Mountain Highland Games, which is held annually the first full weekend after July 4 and is one of the largest Scottish festivals outside of Scotland.

Though the mountainsides just outside of town are dotted with lodges, cabins, and retreats, Banner Elk also has also recently attracted artists, families, and retirees who were drawn in because of the ease of High County life and Banner Elk’s thriving culinary and arts scene.