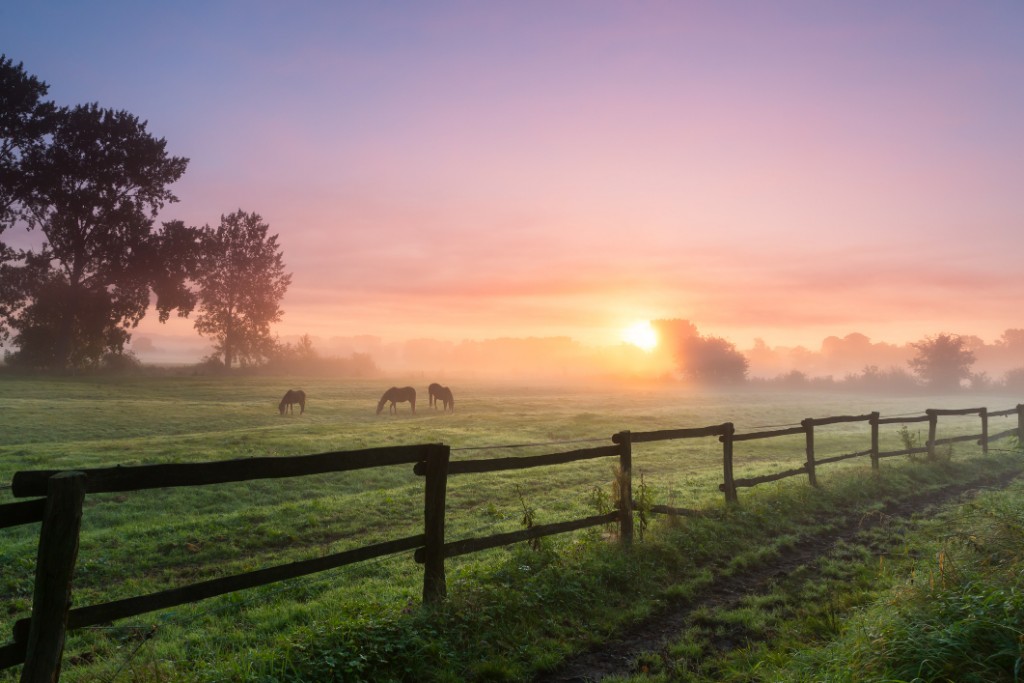 Columbus was created with a few strokes of the pen in 1855 by five men who did not reside anywhere near the settlement. This was the result of a compromise. As efforts to establish Polk County eight years before had run into problems because no one could decide on a suitable county seat, the five were told to find the geographic center of the newly created county and to purchase or receive by donation a tract of land not to exceed 100 acres. The five determined that the center of Polk County was an area then known as Fosters Race path, which sat not far from Foster Mountain (also known as Chocolate Drop Mountain). It was here that they decided to etch a 94-lot grid plan into 100 acres of wilderness.

Before the start of 1858, the town had already been incorporated, and the Polk County Courthouse at the center of town was already in operation. It remains standing to this day. The same city limits, which extend half a mile from the courthouse, also continue to define the town. The five commissioners who decided on the site for Columbus can still be remembered, as many of the main streets of the town carry their names—Nulls, Walker, Simms, Miller, and Ward. The primary commercial artery, Mills Street, is named after the town’s namesake, Dr. Columbus Mills. For years, he had worked tirelessly to create Polk County, which had been created from parts of Henderson and Rutherford counties.

With a population of approximately 1,250, Columbus continues to be a small town, though it does attract visitors to its local shops, restaurants, and brewery. Many of them are on their way to explore nearby Shukawakan Falls or Tryon Peak, often called the first peak of the Blue Ridge.

Tryon’s Peak, as well as the nearby town of Tryon, get their name from William Tryon, the Governor of the colony of North Carolina between 1765 and 1771. Initially part of the vast Cherokee hunting grounds since well before recorded history, the area around Tryon Peak (including the towns of Tryon and Columbus) began to be settled by British traders and trappers in the early eighteenth century. While relations between the Cherokee and the British were peaceful at first, skirmishes began to break out as more Europeans encroached upon Cherokee land. In 1767, Gov. Tryon came to the area to negotiate a peace treaty and established Tryon Peak as the extreme western boundary separating the colony from Cherokee land.

The town of Tryon would not be incorporated for more than 100 years after that treaty was signed and owes its growth largely to the arrival of the railroad in 1885. Often called “the friendliest place in the South,” Tryon became known not only for its hospitality but also its grapes and wines in the early 1900s. It also became a popular destination for travelers seeking an escape from the extreme winters of the North and the oppressive summers of the South.

While still a destination for tourists on their way to the nearby mountains, Tryon has also become a cultural and culinary destination in its own right, largely thanks to its being the birthplace of one of the most celebrated musicians of the 20th century, Nina Simone. Her childhood home is currently being rehabilitated so that it can be preserved for future generations of music lovers.